The Lincolnshire Wildlife Trust’s annual Forum took place today, appropriately in the ‘David Robinson Hall’ at the Fortuna Horncastle Business Centre. The day was to focus on Lincolnshire's coastline with particular consideration of the tidal surge and floods of December 2013. The day was introduced by David Shepherd, Nature Reserves Development Team Manager and Deputy Chairman of the LWT.

The first talk was given by Sharron Bosley, Project Manager for The Wash & North Norfolk Coast. She outlined the many ways in which the area’s importance is recognised leading to its designations as a European Marine Site (EMS) protected by the Bern Convention on the conservation of European wildlife and natural habitats and Bonn Convention on the conservation of Migratory Species.  The curious Ross Worm, Sabellaria spinosa, reefs are amongst the habitats peculiar to the area. 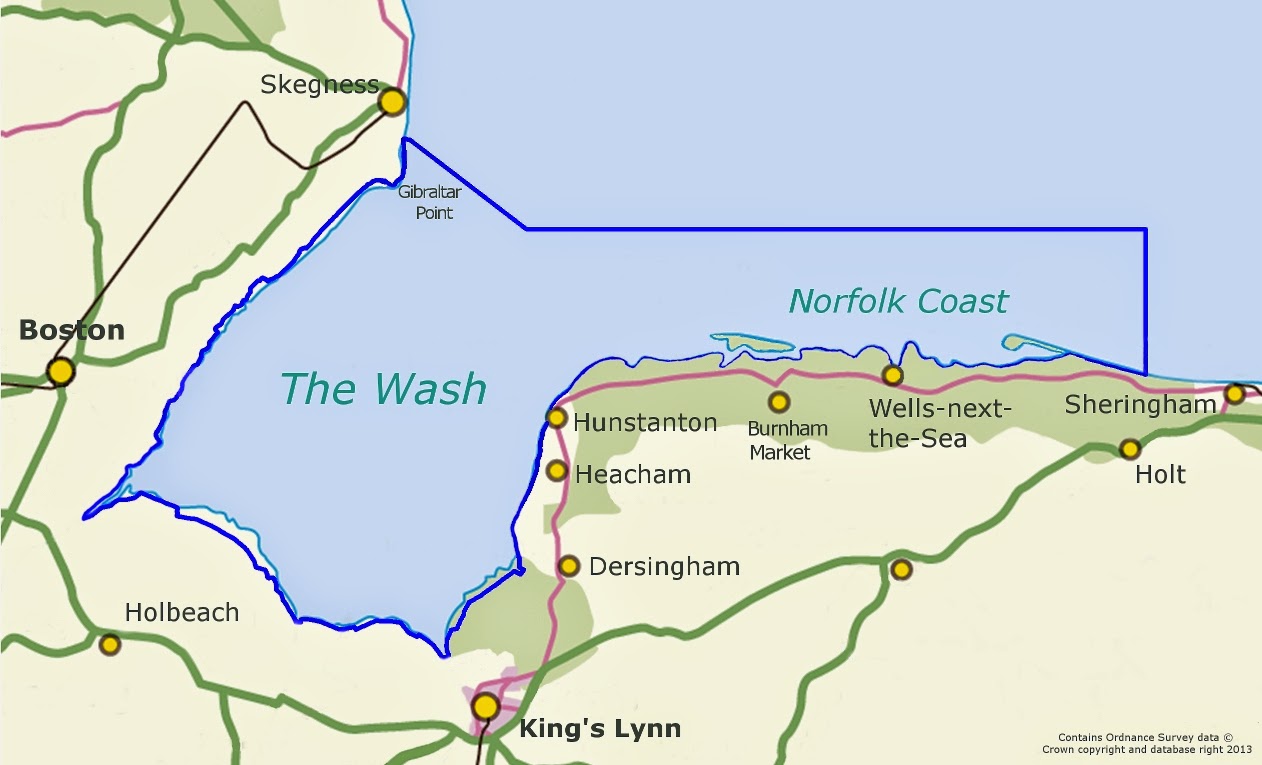 Sharron described how the tidal surge of 5th December 2013 had affected the various sections of the coast and particularly the Blakeney National Nature Reserve, where the 'Freshes' are no longer such fresh lagoons as they were following the breach in the defences that allowed seawater in.  The surge has raised management issues about the long term future and sustainability of the reserve with the inevitable shift in the distributions of saltmarsh and freshwater zones as sea level rises.  A more immediate concern was how to deal with carparking, now that the carpark is buried under a metre of shingle.

Mark Robinson, Lincolnshire's Senior Coastal Advisor at the Environment Agency, was our next speaker.  He described the damage caused by last year's tidal surge, which added 1.8 metres to the high tide, and outlined the current state of play in managing our sea defences.  The Shoreline Management Plan (SMP) is set by Defra and managed by The Humber Estuary Coastal Authorities Group (HECAG).  The non-technical summary can be downloaded here. Mark explained that the policy currently in force is to 'hold the line' for the Lincolnshire coast, keeping the flood risk at its present level of 0.5% as sea level rises through the century, but with the recognition that in parts of the southern sections of our coastline, perhaps in the area of the Lincolnshire Coastal Park, there may have to be some 'localised managed realignment' in the period after 2055.

To turn policy into reality work has to be done to strengthen the defences and various options include the ongoing beach nourishment, bank enlargement, sea wall raising, revetments, groynes and rock reefs.  Much attention focussed on the protective value of a wide foreshore, mudflats and saltmarsh, and Mark explained how with a slowly rising sea and sufficient supply of sediment the foreshore could grow, but how if sea level rise was too fast the accretionary environment could quickly change to erosion.

The management strategy is to be reviewed in the 2015-16 period but beach nourishment will continue at least until this review is completed.  Meanwhile, the plans for protecting Boston with a tidal barrage, improved sea walls, facilities for relocating the fishing fleet and work on the dock entrance are well advanced. Given government approval construction should take place in 2017-19.

After lunch we heard four slightly shorter talks. First up was Dave Bromwich, the Trust's Head of Nature Reserves, who set the scene with descriptions of the damage to the Trust's reserves in the December 2013 surge from Far Ings to Gibraltar Point.  But we also learnt of nature's resilience, this season's vegetation growth seemingly little affected by the sea-water flooding.

Dave Miller, Coast and Wash Warden, concentrated on the work being done to ensure success for Lincolnshire's last colony of breeding Little Terns, Sternula albifrons.  At Gibraltar Point the nests are protected in various ways from predators and small patches of beach including nests have been raised in wooden boxes on stilts to keep them above the level of spring tides that would otherwise have washed them away.

Matthew Blissett, North West Lincolnshire Warden, described the Trust's work to conserve what may be Britain's last colony of the Marsh Moth, Athetis pallustris. It has always been a rare moth though it used to be found locally from the south coast to Carlisle and was recently breeding in Cambridgeshire and Norfolk. Now it seems to be confined to one small area of plantain-rich short grassland at Rimac.  Twenty larvae were moved a short distance to another piece of grassland and surveys the following two years indicated that the moth had succeeded in breeding here.  Further survey work will be needed in future years to confirm the establishment on the new site.  Although probably Britain's rarest moth, the Marsh Moth does occur right across Europe, Central Asia and into northern China.  The Lincolnshire coast seems now to be the western fringe of its distribution.

Finally Rob Lidstone-Scott, Outer Humber Warden, spoke about the Grey Seal, Halichoerus grypus, colony at Donna Nook.  Again there was much to hear about the events of the night of December 5th-6th last year.  We learnt that numbers of pups born here have risen from a few dozen in the 1970s to over 1600 last year, a steady increase which is reflected in other colonies along England's east coast.  The Donna Nook colony has just overtaken the Farne Island colony in size, but numbers are now rising very rapidly at Blakeney in Norfolk.  Donna Nook appears to be a very favourable location, with pup mortality rates very low compared to the Farnes.  The increasing population is something of a mystery; the seals have no natural predators save the rather rare appearance in the North Sea of Orcas, their favoured fish prey are mostly species of little commercial interest so competition from the fishing industry is not acute and their protected status since the late 1970s have allowed their populations to expand.  Although seemingly abundant here, Grey Seals are amongst the rarest seal globally with the UK having almost half the world's stock.

Increased tourist attention is a serious management issue, though the seals seem unaffected by close human presence so long as a fence divides the two species. The last few years have seen visitor numbers rise over 60000.  Perhaps a virtual visit is in order; Rob manages a facebook group Donna Nook National Nature Reserve. Last winter's tidal surge presented a particular problem and discussions are ongoing as to whether a new path, higher up in the sand dunes, might be constructed for visitors, giving people a good view but at the same time allowing the seals a refuge above the level of exceptional tides. Fortunately last years drama did not increase pup mortality significantly, seals, it seems, can swim!

The afternoon was rounded off by LWT Chief Executive, Paul Learoyd.  We heard that the Trust's insured losses through damage in the flood were of the order of a million pounds but learnt of the plans developing for a new visitor centre at Gibraltar Point.  It had been 'an interesting year', as Paul put it. 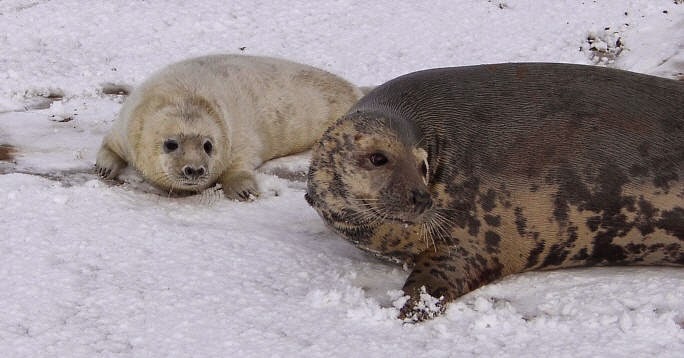