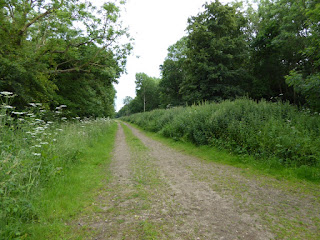 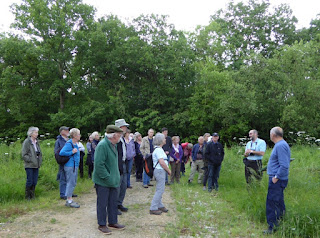 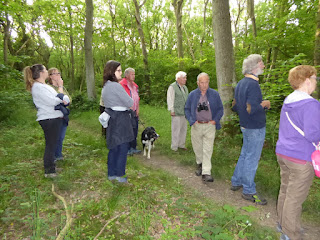 Posted by biffvernon at 07:35 No comments:

The Pope and the Scientists

This week saw the publication of two important papers.  A group of scientists headed by Gerardo Ceballos provides more evidence that we are entering the planet's sixth mass extinction and Pope Francis published his encyclical, Laudato Si, in which he describes the predicament and offers solutions.

The oft-repeated claim that Earth’s biota is entering a sixth “mass extinction” depends on clearly demonstrating that current extinction rates are far above the “background” rates prevailing in the five previous mass extinctions. Earlier estimates of extinction rates have been criticized for using assumptions that might overestimate the severity of the extinction crisis. We assess, using extremely conservative assumptions, whether human activities are causing a mass extinction. First, we use a recent estimate of a background rate of 2 mammal extinctions per 10,000 species per 100 years (that is, 2 E/MSY), which is twice as high as widely used previous estimates. We then compare this rate with the current rate of mammal and vertebrate extinctions. The latter is conservatively low because listing a species as extinct requires meeting stringent criteria. Even under our assumptions, which would tend to minimize evidence of an incipient mass extinction, the average rate of vertebrate species loss over the last century is up to 114 times higher than the background rate. Under the 2 E/MSY background rate, the number of species that have gone extinct in the last century would have taken, depending on the vertebrate taxon, between 800 and 10,000 years to disappear. These estimates reveal an exceptionally rapid loss of biodiversity over the last few centuries, indicating that a sixth mass extinction is already under way. Averting a dramatic decay of biodiversity and the subsequent loss of ecosystem services is still possible through intensified conservation efforts, but that window of opportunity is rapidly closing.

The Pope devoted a substantial part of his encyclical to biodiversity.  He speaks to all of us and his writing must surely chime with those of us concerned for the wildlife in our own neighbourhood.

Download the whole of Laudato Si here.
Posted by biffvernon at 08:43 No comments:

Members of the Louth Area Group have been busy on three occasions recently helping Lizzie Lemon, the Warden at RIMAC, cut back overgrown pathways. The paths need to be kept clear to enable easy access for those who are being pushed and wheeled around this wonderful wildlife area where the orchids are in bloom whilst bees and butterflies are taking advantage of a whole variety of colourful wild flowers.
Many thanks to Dave, Louise, Graham, Anne, Pauline, Viv, Mike and Ray who wielded the spades.
The next meeting of the Louth Area Group for members and non-members will be at Legbourne Woods at 7.00 pm on Friday 26 June when Warden Rob Lidstone-Scott will explain how the woodlands have been developed by careful management. 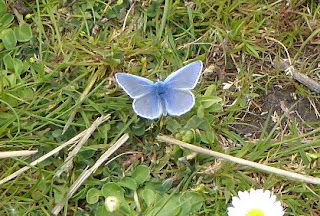 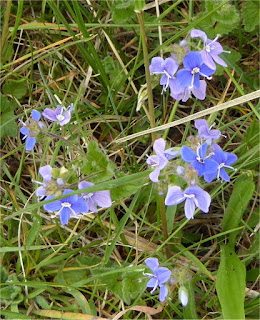 Posted by biffvernon at 18:16 No comments:

In response to the announcement that the Swansea Bay Tidal Lagoon has been granted planning consent, Joan Edwards, Head of Living Seas for The Wildlife Trusts said: ‘We support the Government’s targets to reduce greenhouse gas emissions, to tackle climate change and increase the proportion of energy generated from renewable sources. Whilst renewable energy projects could be seen to be helping to tackle climate change, they are still developments with potentially adverse impacts on wildlife, a carbon footprint of their own and associated costs. It is important that all elements of the development stack up. Hence we strongly believe in ‘right technology, right place’.
The Swansea Bay Tidal Lagoon should be seen as a test case for a new type of development, in which there is still uncertainty about the environmental impacts, as much of the impact assessment work was based on modelling. Therefore we want to see the proposed mitigation strictly adhered to, and we believe that monitoring should be carried out over a number of years before any other lagoons are built. Swansea is a far smaller development than other tidal lagoons proposed in the Severn Estuary. The proposed lagoons at Cardiff, Newport and Bridgwater Bay are in areas that have multiple European conservation designations. Therefore any environmental impacts are likely to be on a far greater scale and we are concerned about plans to develop these lagoons, without first learning lessons from the development in Swansea Bay.
We still have strong concerns about where the rock to build the lagoon walls will come from, particularly the proposed source at Dean Quarry on the south Cornwall coast. Dean Quarry is in the Manacles Marine Conservation Zone where plans for a new breakwater and jetties (needed to transport the rock out by sea) could result in significant damage to the designated habitat features as well as having impacts on marine mammals. We welcome the decision by the Department for Communites and Local Government (DCLG) to withdraw the permitted development rights for the terrestrial development, calling on the need for a full Environmental Impact Assessment.’
*****
The statement contains a lot of good sense and there are difficult balances to be struck, but I think it lacks acknowledgement of the climate change emergency we and the wildlife are facing.  Unless we cease to burn fossil carbon fuels in quick order there will be no marine mammals to conserve in the acid, anoxic ocean and 'designated habitat features' will become redundant in a warmer world.  Moving to a zero-carbon world as fast as physically, rather than politically, possible has to be the top priority for any organisation concerned with wildlife conservation.
Biff Vernon 10/06/2015

Posted by biffvernon at 14:13 No comments:

Life on the Verge

Life on the Verge was a project run by the Lincolnshire Wildlife Trust, coordinated by Mark Schofield, to map the distribution of wildflowers on the road verges in the Lincolnshire Wolds and limestone areas.  It drew attention to the invaluable resource and refuges that road verges have become, now that intensive agriculture has removed much of the native flora from most of the landscape.  The project called for better management of the verges to protect what is left of the species once abundant across the county.

Plantlife have just launched a nationwide campaign to promote understanding of the value of road verges and have written an open letter to local authorities responsible for road verge management:

Dear Sir/Madam
Please adopt Plantlife's guidelines for managing road verges to benefit wild flowers and other nature. I know that road verges are under considerable pressure. Priorities for safety and access, along with budget constraints and difficulties with the collection of litter and grass clippings can mean that enhancing their wildlife value is often low on the list. But we believe that the adoption of a few basic principles will improve our verges for nature, bringing benefits for wildlife, for us and for future generations.
Yours faithfully,
Someone who cares about wildlife on our verges
You can support the campaign by signing the letter on the Plantlife website.

Posted by biffvernon at 07:18 No comments: