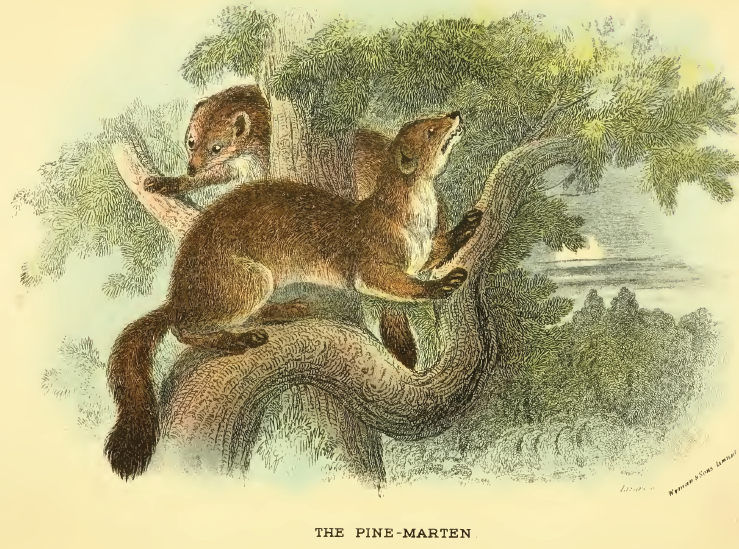 Posted by biffvernon at 21:46 No comments:


A group of LAG members  walked a few metres from the car park to a sandy ridge where we set up the telescopes. The tide was definitely out with waves breaking on the water’s edge about a kilometre away. But there were exciting flashes of flickering white across the intervening sand and lagoons as small flocks of Dunlin, Knot and Oystercatchers wheeled up and back in the sunlight. However, the species that held our attention, for nearly an hour was the Brent goose. Skeins of these small, elegant black geese with their white rumps flew in from the sea at various heights and whirled around the marsh as others flew out to the water’s edge and back: a memorable sight! RWW 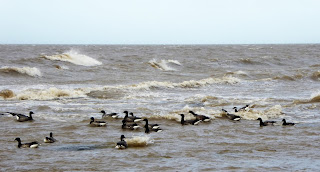 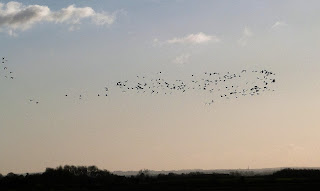 Posted by biffvernon at 14:28 No comments: