Alan introduced us to his introduction to beetles, as a young boy exploring the bomb-sites of his native Sheffield, how he made a makeshift microscope from the lenses found in a bombed opticians premises, and the rejection of his contribution to the school magazine. Shame on the teacher who thought a detailed account of the local ground-beetles might be too narrow for the general audience of his school mates.

Following Alan's move to Lincolnshire he has become our local expert on this important but often overlooked group of creatures. We were treated to a fascinating collection of photographs showing the diversity of the Coleoptera and learned of the vital role they play in the ecosystem. Take home message for gardeners: beetles eat slugs!

Here's a picture of a beetle just finishing off a slug. 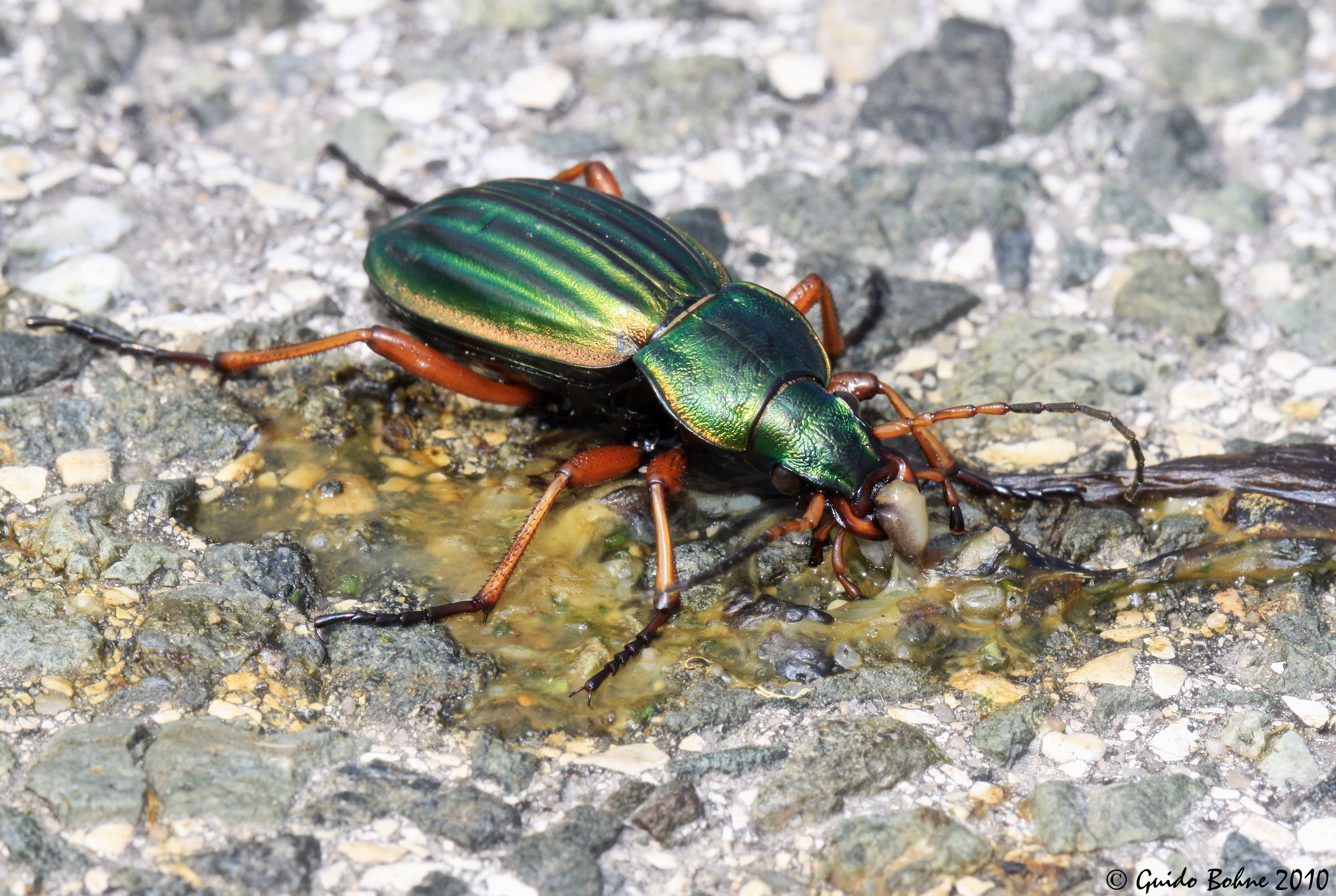 The Golden Ground Beetle, Carabus auratus, eating a slug on a countryside road. It is a diurnal hunter and scavenger on sustainable agriculture (never found on intensive agriculture, where pesticides and insecticides are applied).  Source.

Posted by biffvernon at 20:48 No comments: