Our 2019-20 season of talks began on Friday 25th October with an account of a trip to South America by Roger Briggs. After a quick look at Peru and the Inca Trail, we learnt much about the Galapagos Islands, their geography and wildlife, with numerous photos and some videos of the unique fauna and flora of this extraordinary archipelago.

Of course the most fascinating account is that written by Charles Darwin in his The Voyage of the Beagle.  Here is  CHAPTER XVII — GALAPAGOS ARCHIPELAGO 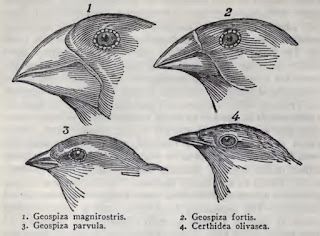 Next month's meeting is the Nancy Loft Memorial Lecture. On Friday 29th November Helen Gamble of the Lincolnshire Wolds Countryside Service will talk to us about some hills a good deal closer to home than the Galapagos Islands.

Next year we celebrate 50 years of the Louth Area Group of the Wildlife Trust. Would you like to share a memorable wildlife related experience form the last half century?

Posted by biffvernon at 10:12 No comments:

As the children arrived they were able to chose owl-centred colouring, word search or anagram.

Each child was then given a dissecting tray and an owl pellet, supplied by Roger Briggs.
Mary demonstrated how to tease the pellets apart with forceps and mounted points.
The children enjoyed pulling the pellets apart to discover the bones of small animals that had been
eaten and then regurgitated by the owl. They laid the bones they found carefully in the tray. They used a magnifier to examine the skulls and jaw bones they had separated out. They tried to identify the animal eaten by the owl by consulting a printed guide.

By using the digital microscope they were also able to look more closely at the skulls and bones. They were able to see the jaw and teeth which helped the identification of mainly shrews and voles.
Surprisingly several of the pellets contained the skull of more than one animal.

The children found the dissection really fascinating. They finished the afternoon by colouring an owl picture and attaching autumn coloured 'leaf feathers' to the owl's body. The results were very effective.

It was Mary Porter's last visit to a Watch group before her retirement as Administrator.
Thank you Mary.
Posted by biffvernon at 17:47 No comments:

Autumn has arrived; a wet Sunday, leaves to be swept and the spectacle of 83 Pink foot geese flying over the house early this morning.
Our remaining events for 2019 are the two speaker meetings in October and in November. You will be aware that the Information Coffee Morning scheduled for 9 November has been cancelled.
However, there will be LWT Christmas cards for sale at our Friday 25 October meeting from 7.00pm at the Nichol Hill Methodist Church, Louth. The entry fee, including refreshments, for members and for non-members stays at £2.50.
On this occasion the meeting will have a South American twist. We shall hear from two speakers, Roger Briggs and George Butler, who will tell us about their experiences in Peru and the Galapagos islands.
I look forward to seeing you.
Ray Woodcock Chairman Louth Area Group
Posted by biffvernon at 15:48 No comments:


A FUNGUS FORAY
It was pouring with rain at 0950hrs and a thunderstorm was forecast. Brian Oxborrow, the VRM, Judith and I agreed to cancel the event. A member of the Brigg group drove up, he concurred with our decision and left.
At 1001hrs LAG committee members and Watch leaders arrived and made the rain ease and then stop! So, we had another discussion and the walk, albeit very soggy underfoot was on. Brian took us around the site for the next two hours and described the ways in which rough pasture and scrub had been turned into heathland, woodland and grassland over the last few decades.
The rain held off and we all spotted many species of fungus, often in clumps by the path. The most notable was a huge red Fly agaric by the entrance. Bill Lee has kindly provided below a list of the species that we encountered.
‘We saw over a dozen different fungi a few I could identify with some certainty, some tentatively and some still elude me.
Types with sponge instead of gills, Suillus species including Slippery Jack and possibly Jersey Cow Boletus, also another Boletus species which I couldn't identify. Puff ball types, Common Puffball and Common Earthball.  Quite a few gill fungi including Destroying Angel, Amanita virosa, Fly Agaric ,Amanita muscari, Amethyst Deceiver, Laccaria amathystea, Shaggy Ink Cap, Coprinus comatus, various Russulas including R.aeruginer(greencap), R.atropurorea (red cap ), and R. lepida(red cap).There were also bracket fungi on the birch and Coriolus (Tremelas) versicolor.’
It was a most interesting event and I should like to apologise to the member from Brigg who missed the walk.
Ray Woodcock

Posted by biffvernon at 11:46 No comments:

Louth and Rimac Watch groups combined their September session at on the beach at Crook Bank, Theddlethorpe for the Annual Beach Clean.

In addition to the Rimac Watch group, several adults, a few families, two Scout Leaders and a Ladies group took part.
Three Watch Leaders from Louth also participated in the beach clean, but unfortunately no children from the Louth group.

The clearance began with a 100 yard recorded sweep to go to central records. We began this at Mablethorpe North End and worked our way back to Theddlethorpe. Once past the 100 yard cut off we continued to record on a separate sheet for Roger’s records.

The initial area had the most litter with a lot of wipes and food related items. Although we did find a few items, the remaining area was reasonably clean.

The Louth group would like to thank Roger and Ruth for organising and hosting the session.