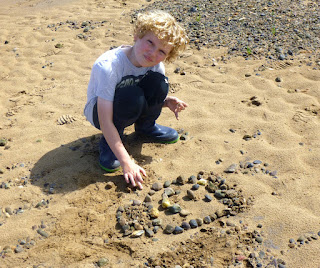 Posted by biffvernon at 22:11 No comments:

Good afternoon,
You may know that 10 of us worked hard on 2 July to make National Meadows Day a success. There is a full report, with pictures, on the blog at  www.lwt-blogspot.co.uk .
Jane and I have just returned from the hide at Elm House Farm. We saw a load of Jackdaws on the path, four Egrets on the scrape whilst Old Nog the Heron flew languidly across the marshes. We spent 20 minutes watching a Short-eared owl quarter the fields on the west side of the hide which was a first sighting for both of us. The owl was skimming the tops of the grasses when it was suddenly rudely disturbed by a huge grey bombshell – Old Nog had turned nasty! The heron almost hovered as it used it its wings and bill for balance as it tried to attack the owl with its feet. The owl was not perturbed. The heron ruffled its wings, looked miserable and flew off towards Rimac.

We noticed that the Spear thistles and Sow thistles as well as some Hawk weeds were coming into flower and were attracting a number of insects. The bees are easy to spot but peer closely and note the diversity of creatures that these flower heads support.

SATURDAY 23 JULY 2016
The next LAG field trip is to Chambers Farm Wood to look at butterflies and wild flowers. We meet on site at 2.00 pm when Audrey Spring will be on hand to guide us around. It is flat but the paths may be muddy after rain. The Map Reference is TF 147739. You turn off the A158 onto HOOP LANE just before LANGTON BY WRAGBY

The Wildlife Watch Group meet at Rimac on Sunday 17 July at 2.00 pm. Details are on the blog.

INFORMATION MORNING 29 OCTOBER
The theme will be, ‘Seeds, fruits and berries’.  You are asked to start collecting now and to be prepared to bring specimens on the day to enable us to be awed by the number of ways in which seeding bodies appear and how they are spread.

Posted by biffvernon at 21:49 No comments:

Louth Wildlife Watch is holding its next  meeting on Sunday July 17th at Rimac Nature Reserve (GR TF 467917  Post code LN11 7TS or look for the brown National Nature Reserve sign).
We will be looking at Animal Tracks.
We are planning to make plaster casts of animal footprints in the salt marsh, so wellies will be needed.
The children may also help to solve a wildlife crime mystery.
The meeting starts at 2pm.
Children must be accompanied by an adult.
Posted by biffvernon at 20:20 No comments:

Aidan Neary, the LWT Wildflower Meadow Project Officer was tasked to conduct three Magnificent Meadows events on the same day and asked whether LAG would take on the organisation of the event at Red Hill. We agreed and formed a working party to manage the day. We had the backing of the LWT staff for Health and Safety matters together with the provision of identification materials and a recruiter. The Magnificent Meadows Project (NMP) team supplied some excellent information/worksheets aimed at children. However, this adult and many others were able to glean a lot of useful information from these handouts. 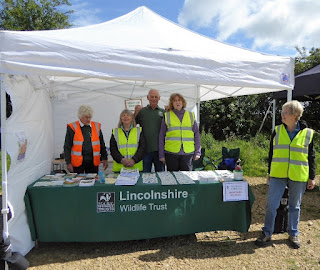 An imponderable factor in the planning of the event was the number of visitors expected. The enthusiastic NMP organiser led me to believe that the as the venture was advertised nationwide in various media it would be a popular event. So the LAG work party estimated between 20 and 200! To this end we arranged for 50 car parking spaces and produced handouts for 100 people as well as having enough helpers on the day to cope with up to 50 visitors at any one time. In the end our team of 11, including Volunteer Reserve Manager Harry Turner and the WT Recruiter, nearly matched the 29 local visitors who turned up during the day. 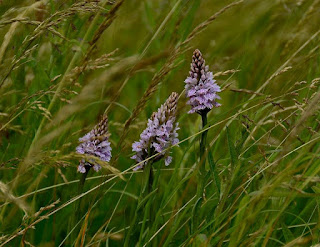 Nevertheless, those visitors who attended were in awe of the location with its wonderful vistas of the Lincolnshire Wolds, the number of species of flowers and butterflies in the meadow together with the warm welcome that they received; some planned to visit Red Hill again. Volunteer Reserve Manager Harry Turner conducted a couple of guided walks across the meadow. The Yellow rattle and the Common spotted orchids, the Marbled white butterflies and a Common lizard were the highlights for the 4 children from the Grimsby and Cleethorpes Watch Group. There are some superb pictures of the walks, flowers and butterflies taken by Judith, Jane and Recruiter Martin on the LAG Facebook page.

For most of the day the weather was sunny although it was exciting to watch the shower clouds form up over Lincoln Cathedral before they swept through the Wolds to pelt down on the magnificent awning where we able to take shelter. Thanks Rick for the means of keeping us dry.

It was a lot of hard work for a small return and we will need to think very seriously about whether LAG members are able to support such a venture every year. Ray Woodcock 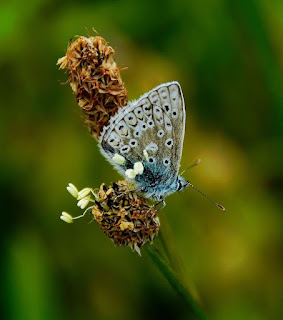 Posted by biffvernon at 19:42 No comments:

Muckton Woods and the Watch Group.

A total of 9 children with their parents enjoyed a roam through Muckton Woods on Sunday 19 June & were entertained & informed through a series of woodland activities.  Each child was given an “I Spy” sheet before strolling along the main ride & were encouraged to identify flowers by their colours.
Next came the bark rubbing exercise using crayons & paper followed by leaf drawing.  By use of bark illustrations & a leaf identification “wheel”, the children were able to identify the various woodland trees. We then held a short “quiz” to get the children to tell us what they thought came from trees as well as what could be made from them.
Sticks & sticky tape were provided so that the children could make flags from the paper used for the bark rubbings.  We then gave them tape measures to gauge the circumference of some trees &, by a  simple calculation, could estimate the age of the trees.
The children seemed to enjoy the pro-active nature of the exercises: giving them something to do all the time with the minimum amount of lecturing.  The parents too were keen to get involved in the exercises which was encouraging.
Although it would have been nicer to see more children (the event clashing with Father’s Day & various other sporting events may or may not have had an impact) we certainly can consider it to have been a success.
The value of good planning, preparation, team-work & individual responsibility was proven here & I believe the whole team deserves a pat on the back for their efforts.
Regards, Colin 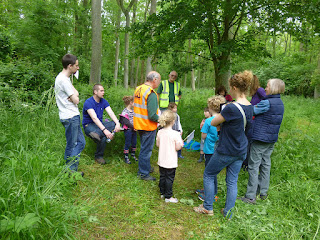 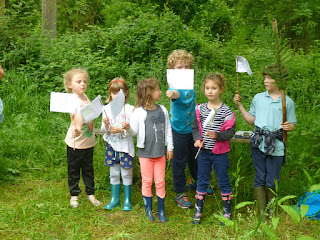 Posted by biffvernon at 10:14 No comments:

This year National Whale and Dolphin Watch Weekend (NWDW) is on 30th &
31st July.http://www.seawatchfoundation.org.uk/nwdw/I am looking for volunteers to help man the watches at Anderby Creek and
Skegness Pier. If you think you can help please let me know. It will be split
into two three-hour shifts per day at each site.

Of course it is also important just to have eyes to the sea, so if you just want
to join us or would like to do a watch elsewhere that would be good too.

Dave Miller
Coast and The Wash Warden
Email: dmiller@lincstrust.co.uk
Posted by biffvernon at 10:08 No comments: