The February meeting of the Louth Area Group of the Lincolnshire Wildlife Trust featured a talk by Gary Steele on Barn Owls. Unlike most birds, owls have forward looking eyes, giving them faces that we humans can identify with, which, suggested Gary, explains their popularity and significance in our culture. He said they have a great many local and common names and the Barn Owl Trust lists these:
Lincoln Cathedral has eight stone carvings of barn owls and Tennyson wrote a poem:

Lincolnshire has the highest barn owl count of any county but even here numbers are not what they were. In the 1930 there may have been 15,000 pairs but by the 1980s the figure had dropped to about 4,000. There has been a recovery since then, the number of pairs now standing around 8,000. Schedule I protection and the efforts by conservation minded farmers and others may have helped. The principle prey species, the short tailed field-vole, is key. The loss of rough grassland and the phasing out of mixed farming in favour of arable probably accounts for the barn owl’s decline. Recently wildlife-friendly farm management practices such as leaving wider field margins has compensated for some of the loss.

Naturally the barn owl nests in holes in trees, but there are now few suitably large, old and decaying trees. Old barns and sheds are used by the owls as substitutes but modern farm buildings do not provide the same opportunities as traditional barns and outhouses. Many nest sites are now artificial and Gary’s efforts over many years to install owl boxes on poles, in old buildings and, particularly, in church towers, have given the barn owls of eastern Lincolnshire new opportunities.

To find out more about barn owls there is no better starting place than The Barn Owl Trust website.

Lincs Wildlife Trust
What they sound like
Scarborough Nixon

For the artistically minded here is a handy guide to drawing owls: 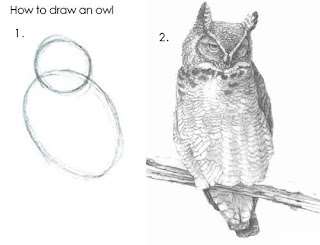