20 members of Louth U3A, many of whom are also LAG members, enjoyed a bright sunny day with brilliant cloudscapes and an extremely knowledgeable guide. It could not have been better. Harry Turner, the volunteer warden at Red Hill has worked so hard for the last decade to convert barley fields into wild flower meadows that have become recognised as an SSSI and as a Coronation Meadow.
We walked across a ridge and up and down hilly meadows with stunning views and excellent visibility. We saw Lincoln cathedral 20 miles away! Harry identified the flowers - I jotted down 80 species - and butterflies whilst describing the ways in which he had managed the site in cooperation with the LWT, councils and other public agencies.
We collected £27 for the LWT and furthermore some of us agreed to join with members of the Louth Area Group of the LWT to provide some 'hands on' assistance to Harry later in the year. Thanks to Sue Coxon for the group shot: 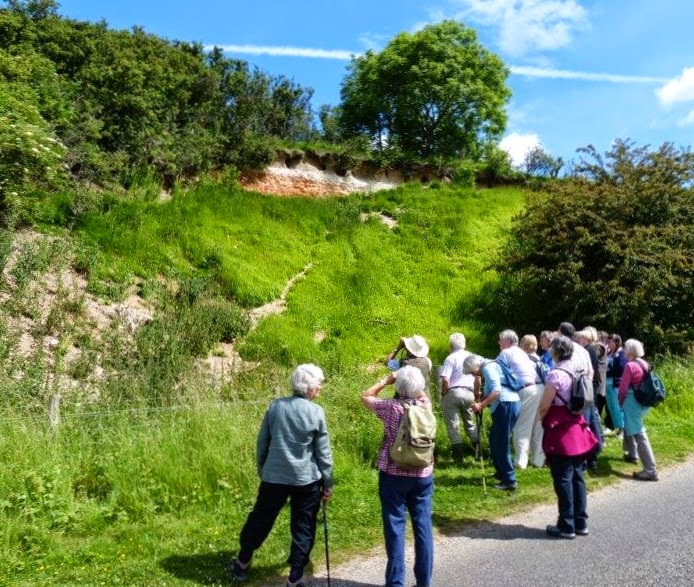 Self heal - you probably have it growing in your lawn! Prior to World War II, it was used to staunch bleeding and for treating heart disease. A decoction of the leaves was used to treat sore throats and internal bleeding. It is used as an anti-inflammatory and has anti-allergic activity. In western medicine it is used externally for treating minor injuries, sores, burns, bruises and can also be used as a mouthwash to treat mouth ulcers.