This versatile shrub grows in the wet woodland area of Kirkby Moor where a number of members rubbed the leaves and smelt the distinctive aroma when we visited the site in May. Carolyn Goodwin, who took the photograph, has provided some fascinating facts about this deciduous plant. It would be interesting to know whether these uses are historical or current. 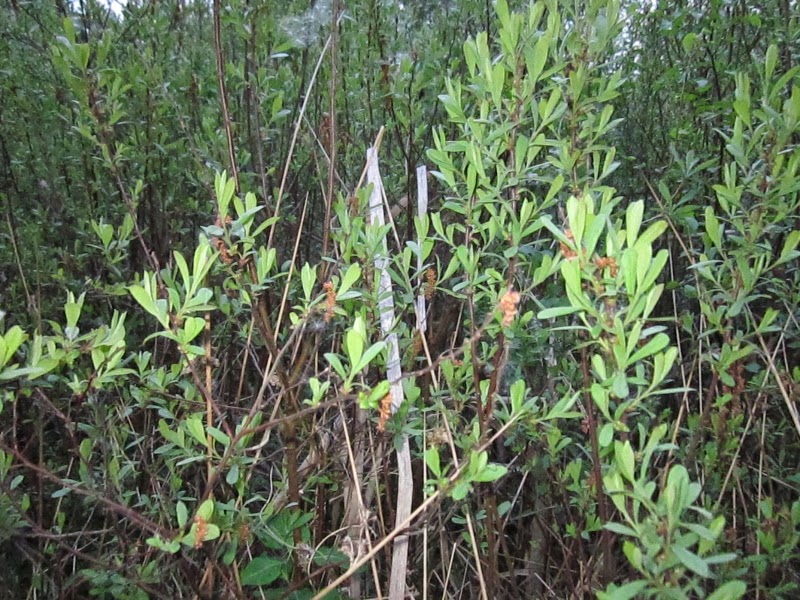 'The leaves are often dried to perfume linen, their odour being fragrant but they taste bitter and astringent. The branches have been used as a substitute for hops in in Yorkshire and put into a drink called Gales Beer. The catkins can be used in in candle making, the bark is in tanning and for producing a yellow dye.
The Swedes use the bark in a strong decoction to kill insects, vermin and to cure the itch as well as using the dried berries as a spice in broths whilst in China the leaves are infused as a tea and used as a stomacher and cordial'.
Ray Woodcock