It's the Bluebell season. The native English Bluebell, Hyacinthoides non-scripta, seen now carpeting many of Lincolnshire's broadleafed woodlands, is under some threat from hybridising with the Spanish Bluebell, H. hispanica, often grown in gardens, to form the cross, H. × massartiana.  The English Bluebell has white pollen and tends to have darker blue flowers all hanging one side of the stalk, whereas the Spanish has blue pollen and the paler, wider flowers spread around the stalk.  The hybrids show a complete range of characteristics between the two.  Curiously, in Spain and Portugal, both species are native and grow in different areas without hybridising, possibly because their flowering times are slightly different, inhibiting cross pollination.  In Britain the later spring squeezes flowering times.  Here's an information sheet to download. 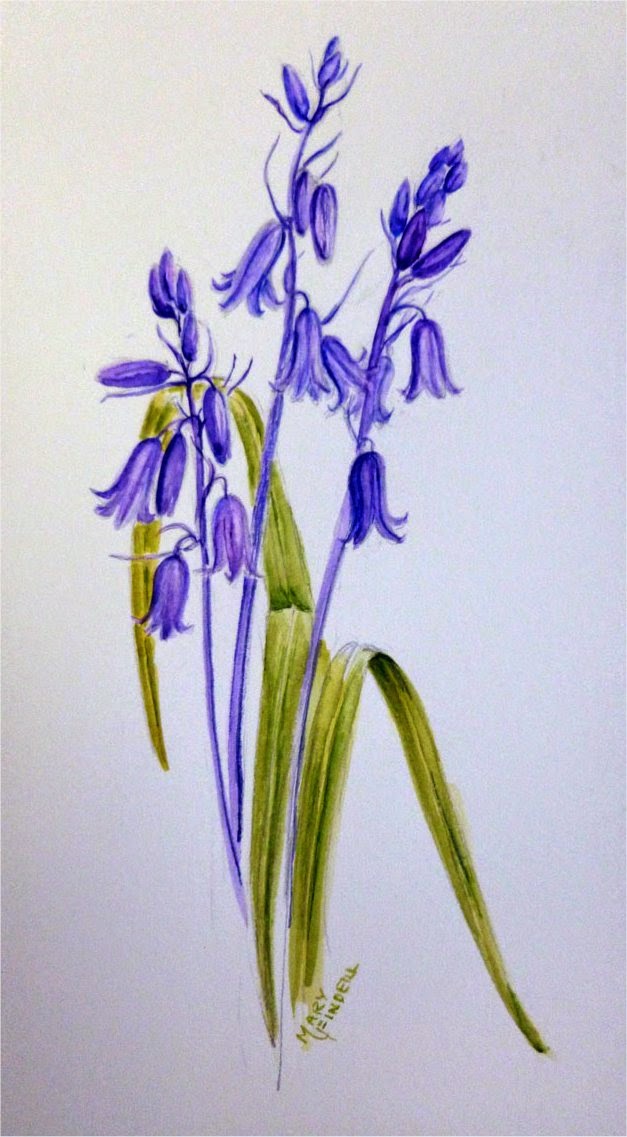 It's also orchid season, at least for the Early Purple Orchid, Orchis mascula.  Look out for them on our local road verges.  On Furze Lane, for example, between Legborne and the B1200 near Manby, there are about 200 flower Orchid spikes anongst hundreds of Cowslips, Primula veris, within a fifty yard stretch of ditch bank. 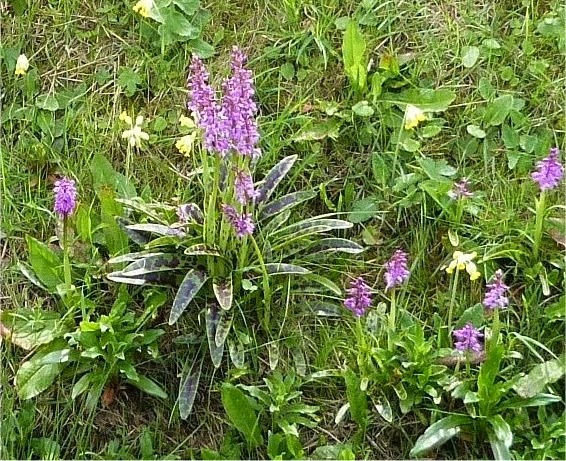 Photo: Jane Woodcock.
Here's a list of the species identified from this site in early May 2014:

No doubt others will emerge later in the season.

An unusual plant was spotted growing on sand-dunes at Sutton-on-Sea.  Thorow Wax, Bupleurum rotundifolium, was once a common weed in wheat fields but herbicide use has seen its extinction on our farmland.  There are few recent records in the British Isles as can be seen on the BSBI Distribution Map and it is one of the three hundred or so plants listed in the Red Data Book and it's conservation status is of concern right across Europe where modern agriculture has pushed it to isolated communities. It is growing well on newly accumulated sand blown in by the wind over the winter.  Where the seeds came from is a bit of a mystery.
Posted by biffvernon at 08:19